In a recent announcement, Nationwide reported that London has recorded its biggest price drop in a decade. It leaves the capital with an average house price of £455,595. Is it something to worry about or is it an opportunity presenting itself?

A Growing City With Growing Demands

For the last 20 years, the population of London has been growing by around 100,000 per year. Now, that is a fairly significant growth rate, even by London standards. With so many people and a continuously rising number, there is naturally a great housing demand. But, London does have a reputation for being expensive, both for living and buying. With property prices falling in the capital, some are fearful that any property they buy will continue to decrease in value. They are trying to determine what the chances are of that happening, and just how stable London property prices really are.

For 2019’s first quarter, the recent house price index found that London property prices fell by 3.8 per cent. That is the fastest decline in ten years. England overall has recorded an annual price fall. The first one since 2012. In January, February, and March of this year prices dropped by 0.7 per cent compared to the same time last year. This is mostly due to decreases in the southeast region. Even the commuter belt of London has seen price falls of around 2 per cent which resulted in a figure of £355,978 as the average.

Nationally it’s not as bad as you may think. In March this year, prices were 0.7 per cent higher than they were this time last year. Since February national prices have slightly risen again by roughly 0.3 per cent. These figures bring the UK average house price up to £213,102. It isn’t as though this has all come as a surprise. The price drop was predicted at the end of last year. In fact, it has been expected for quite a while now since we have experienced continued outperformance for several years.

Is The Drop Set To Stay?

According to most UK property gurus, the London property prices drop are simply a blip. Many estate agents have had an excellent start to the year. Interest has spiked dramatically, a lot more than in previous years, which could have something to do with employment being at an all-time high. With certain property prices falling, people are seeing an opportunity. It definitely doesn’t seem to be worrying too many. The market got off to a slow start in terms of properties being put up for sale, but interest in buying is still very much there.

It Could have been Worse

Many property experts believe that the drop could have been much worse, especially due to the uncertainty of Brexit. Outbursts from certain media sources claim that the entire property market is in a state of panic and that it will only worsen. But, upon looking into the facts you can quickly see, that isn’t the case.

The housing market has remained resilient despite the unpredictability of Brexit. For some, the price drop has been a blessing in disguise, and foreign investors have certainly been quick to invest in the UK. Once there is some clarity surrounding Brexit, whenever that may be, prices are expected to rise once again. So, if you were thinking of buying but decided to hold off until there was more information on the Brexit front, the time is now. While concerns haven’t been cleared up politically, prices have dropped, and people still need homes. 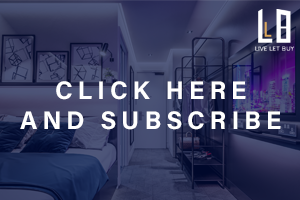